BroadOak Partners advises DANI Instruments (“DANI”) on its sale to PerkinElmer. DANI is a provider of advanced gas chromatography instruments and systems for food analysis, pharmaceutical, and environmental applications.

The full story is below.

NEW YORK (GenomeWeb) – PerkinElmer said after the close of the market on Wednesday that its third quarter revenues grew 22 percent year over year, paced by its diagnostics segment, which was up 59 percent.

For the three months ended Sept. 30, the company reported total revenues of $674.3 million, up from $554.3 million a year ago, but short of the consensus Wall Street estimate of $676.4 million.

On an organic basis, revenues were up 7 percent year over year, the company said. Acquisitions added 16 percentage points to growth while the effect of foreign exchange reduced growth by 2 percentage points.

On a conference call following the release of PerkinElmer’s financial results, Chairman and CEO Robert Friel said that the firm’s topline organic growth was attributable to favorable end market conditions and a streamlining of the firm’s portfolio to a “few technologies and higher growth end markets where we have differentiated capabilities and excellent customer relationships.”

In Q3, he noted, the firm completed the sale of its multispectral imaging business called Phenoptics to Akoya Biosciences for approximately $37 million. The business includes the Mantra, Vectra, and Vectra Polaris systems. In a statement, Akoya said that PerkinElmer’s Phenoptics management team, R&D, sales, and support staff have joined Akoya, which is headquartered in Menlo Park, California. Phenoptics General Manager Terry Lo will join Akoya as its president.

The firm also closed on its acquisition of Dani Instruments in Italy, a deal that provides PerkinElmer capabilities in gas chromatography to advance its solutions in the food analysis, pharma, and environmental end markets.

In August, Friel said that the company had submitted its Vanadis NIPT diagnostic system for CE marking. During the call on Wednesday, he said that PerkinElmer anticipates getting the CE marking “very soon.”

By end markets, he said that diagnostics continued to benefit from “a growing prevalence of infectious and autoimmune diseases, particularly in emerging markets,” offset, in part, by a slight decline in birthrates, especially in China and the US. Life sciences, meanwhile, saw “robust demand” in product sales and services in the pharma and biotech markets, notably in the US and Asia, he added.

In the food analysis business, growth is being driven by the rise in foodborne illnesses, advances in food safety testing technologies, increasingly stringent regulations, and the globalization of the food supply, Friel said. Lastly, environmental and applied markets saw stronger growth in Asia and the Americas.

Late in 2017, PerkinElmer acquired Euroimmun Medical Laboratory Diagnostics. Friel said on Wednesday’s call that this business grew in the double digits in Q3, and that revenues are anticipated to grow at above 20 percent year over year for the fourth quarter. For full-year 2018, that business’s revenues are expected to grow 15 percent compared to 2017, he added.

PerkinElmer finished Q3 2018 with $149.5 million in cash and cash equivalents.

For Q4, Mock said the company expects adjusted EPS of $1.16. He added that PerkinElmer expects reported revenues in full-year 2018 to be approximately $2.77 billion, or $12 million less than PerkinElmer’s previous guidance, due to foreign exchange effects, offset by improved organic growth. On the call Friel said that for 2018, PerkinElmer is guiding to organic revenue growth of 6.5 percent. 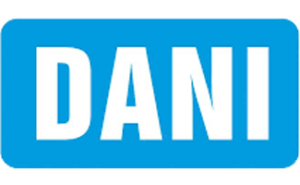